Losing Your Hair? Balding in the Middle? Learn How to Just Let It Go!

In this day and age, looking the part is often just as important as playing the parts for many professional musicians. This is equally important for those who have not yet achieved a career in music, but are working towards one. While being proficient on your instrument and possessing good social and networking skills are obviously important, in the world of live music performance, your appearance can sometimes be a deciding factor on getting the gig.

It’s easy to find the right clothes, and it’s a well-known fact that working out and having a good physique will make those close “hang well” on your frame. But for some (men especially), the hairstyle, or lack thereof, can be a dealbreaker. I’m not talking about the 20 something’s with the $300 spiky mod looking haircuts. As much as I don’t care for that look, they are not the biggest offenders of the modern day hair wars. In my opinion, it’s the guys who are losing their hair but living in denial that really need to rethink the current state of the top of their heads.

It’s no secret that many of us have lost, are losing, or will lose much our hair over the course of our lives. For some it begins as early as late teens or early 20s, for others it might not happen until they’re in their 30s or 40s, while others manage to hold on to most of their mop 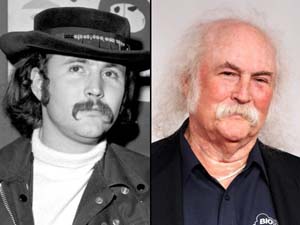 until old age. Sometimes this hair loss happens rapidly, over several months or a couple of years and sometimes it can occur very slowly and gradually over decades. Some just get a little bald patch near the back of our head, while others are stricken with more of that dreaded “parting of the seas” look.

Many musicians take great pride in their hair, often choosing a style that works for them in their younger years and sticking with that as they age. Some will sport short to medium length do’s while others choose to wear it long, anywhere from the mid-60s Beatles look all the way to full-blown hippie length. But if you are in the unlucky category that many of us fall into, that being the permanent hair loss club, these styles will begin to create a different effect and take on new meanings as these 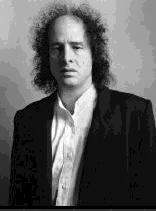 Are you the guy with the comb-over? If you are, you’re not fooling anyone. Maybe you’re the guy that had hair like Greg Allman when you were in your 20s. Oh, how the girls loved it back then. But how are you being perceived now when that part between you’re neatly combed and blowdried shoulder length blond hair rival’s the San Andrea’s fault? Probably more like the friendly lion in the wonderful Wizard of Oz. There’s always a baseball cap. But eventually, as people notice over time that you’re never seen without one, it will become a dead giveaway that you’re hiding something. You could always grow a beard and start wearing a cowboy hat, sporting your version of some kind of half assed Travis Tritt look, but that’s a pretty big commitment, and not that hip anyway. Not to mention, when you commit to the whole hat thing, what happens when you go swimming? What happens the first time you sleep with a new girlfriend?

Face it, none of this works. Yet, somehow, we see people that look like this all the time. Well I have some 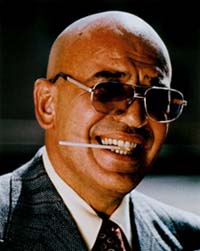 great news for all of you who are fighting this futile “battle of the bald”. There is a way out, and I’m not talking about hair transplants, wigs, or toupe’s. Just let it go. That’s right, shave it off. Bald is beautiful, baby. For proof, look no further than Telly Savalas or Bruce Willis.

Growing up, I had a thick head of hair, and by the time I was 15 had already experimented with growing it long. I went in and out of short hair and long hair mode for a few years before going all out in the late 80s, when I began sporting a full-blown Richard Marx style mullet. Of course, at that moment in time that style was in, so spending 20 minutes with a can of moose and a blow dryer to get ready to go out for the night, or gig, was completely natural. Of course I kept this “helmet do” well into the 90s, long after it had become unfashionable. Then, in my mid-20s, it all started going quite badly.

Over a period of about a year, I lost most of the hair in the middle of my head. It happened so quickly that I hardly even noticed at first. But then when my girlfriend started telling me that I was beginning to look like Michael Bolton, I knew something was wrong. On a bad day, my massive bouffant do, once reminiscent of Peter Frampton’s early look, began to look more like that of the comedian, Gallagher. Comments like “Here comes Billy Crystal” or “Is that Stephen Wright?” and even “When did David Crosby lose all that weight?” also caused much embarrassment. So I began a slow transformation. I attempted to minimize my baldness by wearing hats, doo-rags, even at times pulling it back into a ponytail. But ultimately, this wasn’t working. Half the time it just looked bad.

So finally, around the year 2000, I took it down to a fairly short length, just an inch or so on top. It was better than having “Gallagher syndrome”, but still not quite right. Shaving it down to the scalp was the only thing left to try. At first, I was horrified at the thought of doing this, but with a little prodding from my wife, I went for it. Boy am I glad I did. I instantly realized that bald works for me. Having a bunch of hair on the sides with the bald spot in the middle was simply drawing attention to the fact that I was balding. Lose all that hair, and you create the perception that you are bald by choice, not because of nature. In other words, nobody can tell that all your 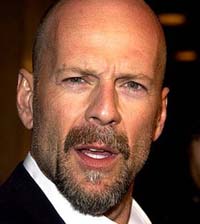 hair fell out. Now when I look in the mirror, I feel younger. 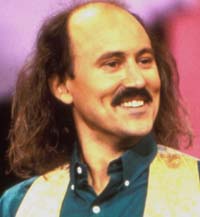 Plus there are many added benefits. Showers now take five minutes. I save a small fortune on shampoo and conditioner and haven’t bought a comb or a hair brush in decades. Getting ready to go to work or out on the town now only takes seconds. It’s harder to get dandruff, and my head is now essentially “lice-proof”. But most important of all, I no longer look like an idiot.

So which guy are you? Are you still clinging to the past, or have you embraced your inner baldness? Whose look do you relate to more, Stephen Gallagher or Bruce Willis? It’s not too late to save yourself. So what are you waiting for, get out those clippers and get busy!