When I was 12 years old I was inspired to learn how to play the guitar after hearing the music of Jimi Hendrix. As I began learning, I quickly realized I would have to put a lot of effort into this endeavor to be able to make the kind of music that Jimi inspired me to make. So I dug in, and the more I dug in and applied myself, the better I became at my craft. As I got better, it started to become more fun too. Early on I made the connection that the more I applied myself (by practicing, wood shedding, experimenting, etc.) the more I enjoyed guitar playing. For me, practicing my guitar, and enjoying the act of guitar playing go hand-in-hand, and I never viewed practicing as a chore I had to do.

As the years churned on I never stopped applying myself. I eventually went to Berklee, began playing professionally, and still work at improving and honing my skills 20 years later (even though I can maintain a decent level of proficiency without doing so). While some people along the way have suggested that I practice more than I need to, I disagree. Putting in such a big effort over a long period of time has not only made me a better musician, it’s made me a better person. It’s benefited my life in ways that go way beyond music. If you can teach yourself self-discipline through the mastery of your craft, you will forever have an increased self-discipline in every facet of your life, more patience, problem-solving skills, the list goes on.

In my opinion, too many musicians coming up in the world today learn a bare minimum of proficiency early on and then just coast. So many are consumed by aspirations of fame and fortune that they miss out on the rewarding feeling one can get from just working towards being great at something. Whether you you play music as a career or just for fun, I believe that the more you put into developing your craft, the better your whole life will be. Practice might not make you perfect, but it will make you better. 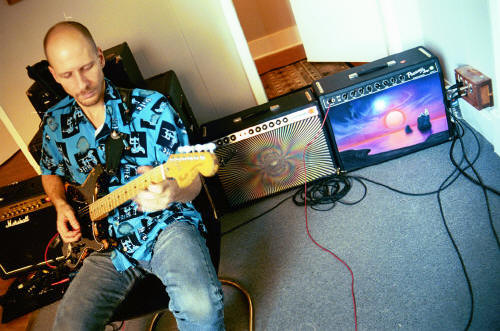