My interview with the record company dude

Last week I posted a blog in which I asked you (the reader) what questions you would ask somebody from a record label if you had access. That blog prompted some pretty interesting questions, and when I conducted my interview today with EJ Bernas, Senior Director of Southwest region of Universal Music Group, those questions made up the bulk of what I asked him. The interview was lengthy and informative, and a lot of work lies ahead (transcribing, editing, proofing, etc.) before this fascinating conversation will be print ready. So for now, I would just like 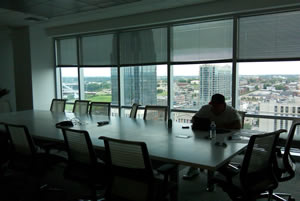 to share a few high points of this unique experience.

I arrived in downtown Nashville just before 1 PM and found a parking spot in front of the Bridgestone arena. After feeding some quarters into the meter (three dollars only got me two hours) I walked a couple of blocks over to the UMG headquarters, located on Commerce street. After taking the elevator to one of the top floors of an otherwise unsuspecting office building, I emerged into the lobby and found my way to the receptionist. The friendly young lady informed EJ that I had arrived, and a moment later he came out to meet me. We retreated into a large comfortable conference room which had a spectacular view of downtown Nashville. 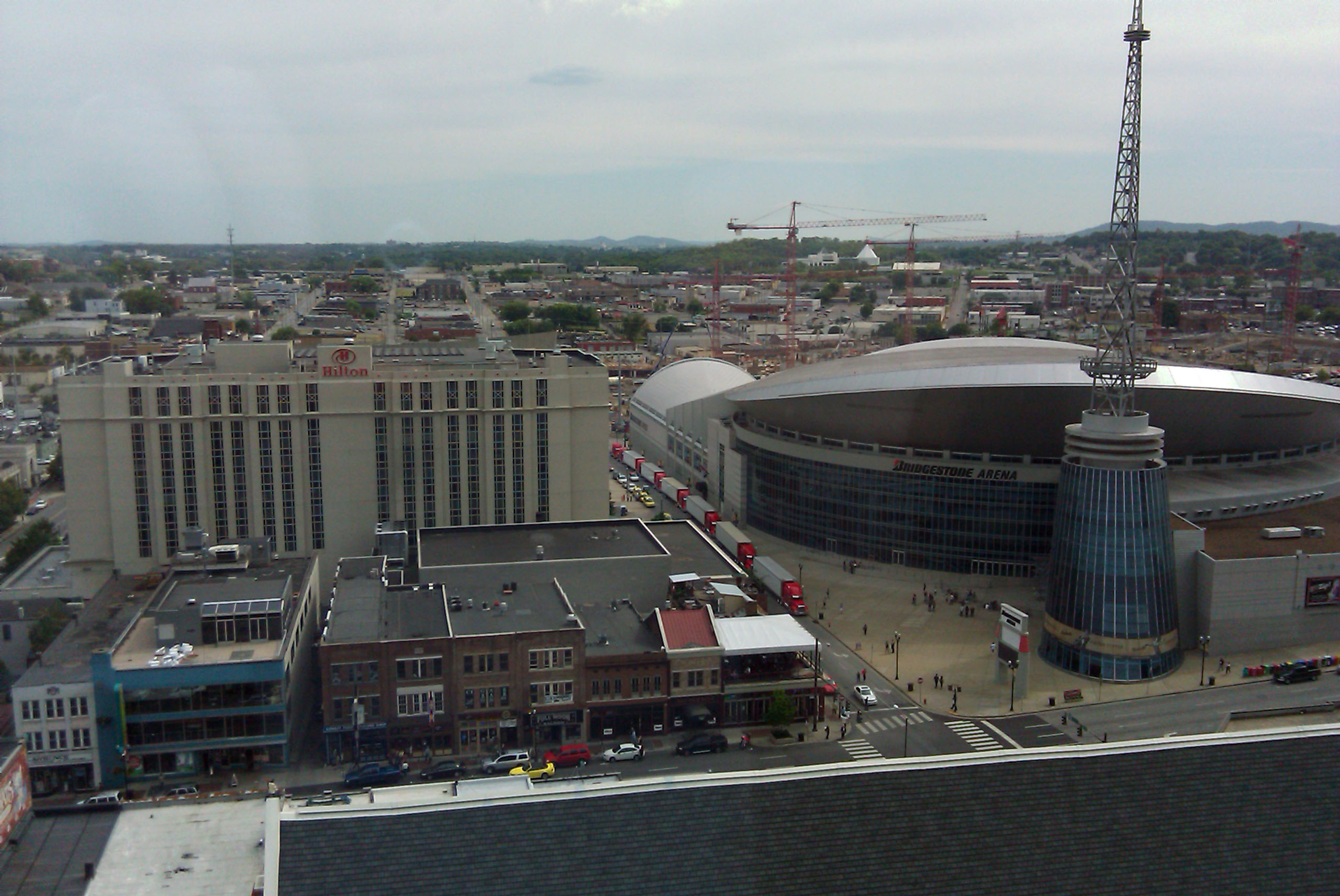 I could write an entire article just about what I saw in those few short seconds gazing out that window. The roof of the Ryman Auditorium just below us, the hustle and bustle of people milling about on Broadway, the Bridgestone arena, the controversial new skyscraper still being constructed, the Cumberland River in the distance – a city truly alive in so many ways. Behind every window of the hundreds of buildings visible from this spot was a story. For every car that passed by on the streets below, another story. Some say that this is a city built on dreams, and from this vantage point I could literally feel that kind of intangible element that fuels such a mysterious place.

“This is an amazing view. Do you have a view this cool from your office too?” I asked. “You bet, my office is right next door. You can see the roof of the old church (Ryman) below” he said as we both gazed across the vast expanse. With that, we each took a comfortable spot at the table and dug into an hour and a half discussion about the state of the recording industry, radio, and how today’s aspiring artists fits into that world (at times the discussion became more like how the recording industry and radio fit into the world of the aspiring artist.) Like I said, 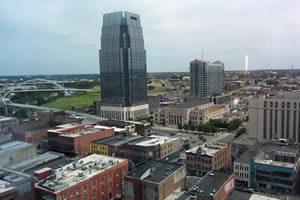 the contents of this interview still need to be transcribed and reviewed before I can share any of it, so for now you’ll have to just settle for me simply bragging about this day.

At one point during the interview, EJ’s boss walked through the room and I received a brief introduction. A little while later another man walked through, and I was again introduced, this time to the head of A&R. EJ explained to me that UMG (Universal Music Group) consists of MCA, Mercury, and Lost Highway Records and represents artists like Billy Currington, Julianne Hough, Reba McEntire, Randy Rogers Band, George Strait, Sugarland, Jamey Johnson, Josh Turner and Shania Twain, among others. Even though I’m not aspiring for any sort of success as a radio star, it did occur to me just how fortunate I am to know someone like EJ – a warm and open individual gracious enough to give this glimpse into a world in which so many aspire, yet so few ever travel.

After the interview was over, he walked me back out to the lobby where I had the receptionist snap a quick picture of the two of us. I thanked him again and made my way back to my car. It was definitely a learning experience for me and I know this interview will add much valuable perspective to all the aspiring artists and musicians who will eventually read it. Thanks again EJ for making my day, and my book. 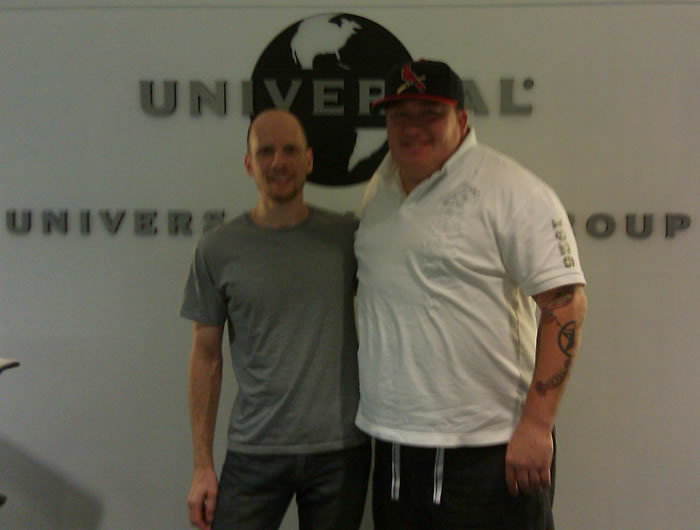